Note: This website is about me and my personal experience on the Distant Early Warning Radar Line. For detailed information on the DEWLine itself, I encourage you to visit this site.

Adventures from the
Coldest Part of the Cold War

The following quote is by Dewitt Thompson II (RIP) and first appeared in the to THE DEW LINE YEARS. Used with permission.

“From today’s perspective, being some forty-five years older, my time spent on the Distant Early Warning (DEW) Line amounted to less than five percent of my life. Strange this small percentage should occupy so much of my memories; stranger still, some of my oldest friends to this day are DEW Liners. We probably owe our bond to sharing a unique experience and to the conviction that nothing before or since has equaled it.”

What was it all about?
What was the Cold War? What is a DEW Liner? What was the DEWLine? Why should you care? Many people have forgotten why the period from 1947 to the early 1990s was called the Cold War and its impact on the world.

This is the true story of one person’s involvement in a very small part of what was known as the Cold War. That small part was about a group of people who watched over the North American continent from radar sites in the far north. Without knowing why, the population of North America probably slept a little bit better during the Cold War as a result of this small band of people known as DEW Liners. 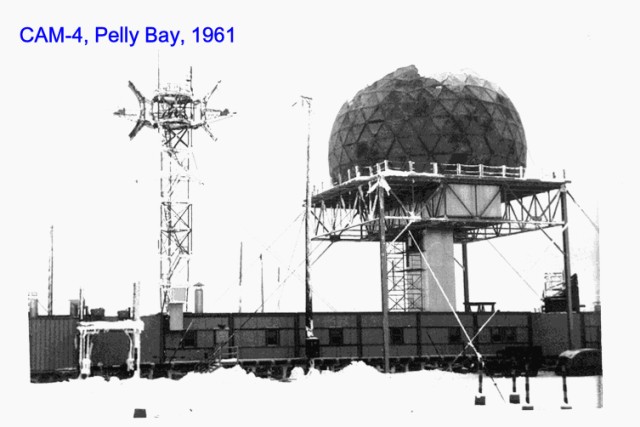 The Arctic. The coldest part of the cold war. Stark, cold, isolated, barren, and lonely.

What was the Cold War?
The term Cold War refers to the post-World War II geopolitical tensions between the world’s two major powers, the Soviet Union and the United States. The term has been attributed to American financier and US presidential advisor Bernard Baruch. The Cassell Companion to Quotations cites a speech Baruch gave in April 16, 1947 in which he said, “Let us not be deceived: we are today in the midst of a cold war.”

So, what does the term “cold war” mean? Basically, it was called the Cold War because, unlike “hot wars,” the two major antagonists, the Soviet Union and the United States, did not fire any weapons at each other or engage in any formal battles. There were certainly many lives lost over the course of the Cold War but none in formal battles.

World Wars I and II, the Korean War, and the Vietnam War would be considered “hot wars” because weapons were used, battles were fought, and many lives were lost.  It’s interesting to note that two of those hot wars, the Korean and Vietnam wars, occurred in the midst of the Cold War.

What’s a DEWLine?
What is a DEWLine, you ask? Good question. DEW stands for Distant Early Warning. The DEWLine was a chain of 57 manned, early warning radar stations that stretched across the northern part of the North American continent from Alaska to Greenland, roughly along the 69th parallel, about 200 to 300 kilometers north of the Arctic Circle. There were six Main stations, 23 Auxiliary stations, and 28 Intermediate stations. Most of these stations were located in Canada. 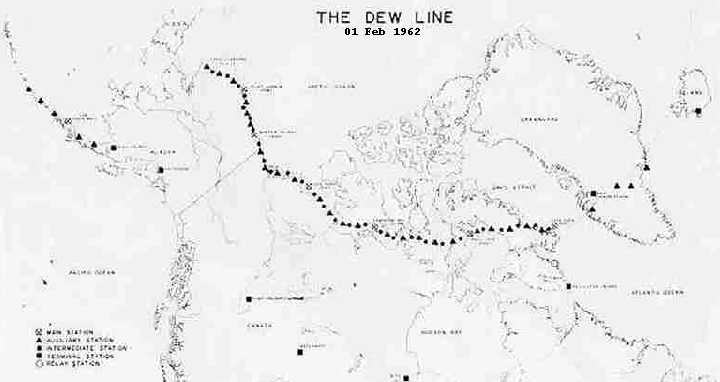 Construction of the DEWLine began around 1955 and took 32 months to complete. It was a true engineering and construction feat. It became operational in August 1957 and most stations were decommissioned by 1994. In fact, most or all of the intermediate sites had been decommissioned by the end of 1963. Some of the remaining original Auxiliary sites and Main stations morphed into the North Warning System (NWS) starting in 1985.

The DEWLine is a relic of the Cold War. Only a few stations remain as a reminder of those tense times when the USSR and the USA stood nose-to-nose in a war where no weapons were fired.

Learn More
You can learn more about the DEWLine from Larry Wilson’s definitive website at
http://www.lswilson.ca/dewline.htm. Larry’s site is a meeting place for those people who served in the frozen North.

The Adventure Begins
My personal DEWLine adventure begins, well, at the beginning. I’ll share with you what I was doing when I first found out about the opportunity. From there I’ll take you through the training program in the small nondescript town of Streator Ill. Then I’ll share my stories as I wander down through memory lane.

I’ll provide some of the technical information that may be of interest to technical history buffs with the help of fellow DEW Liners Paul Kelley and Clive Beckmann. More about those two gentleman later.

So, if you’re ready to go, start at The Beginning, move on to Training, and then onto the Stories.